119 - The Geeks Journey To The Dark Crystal 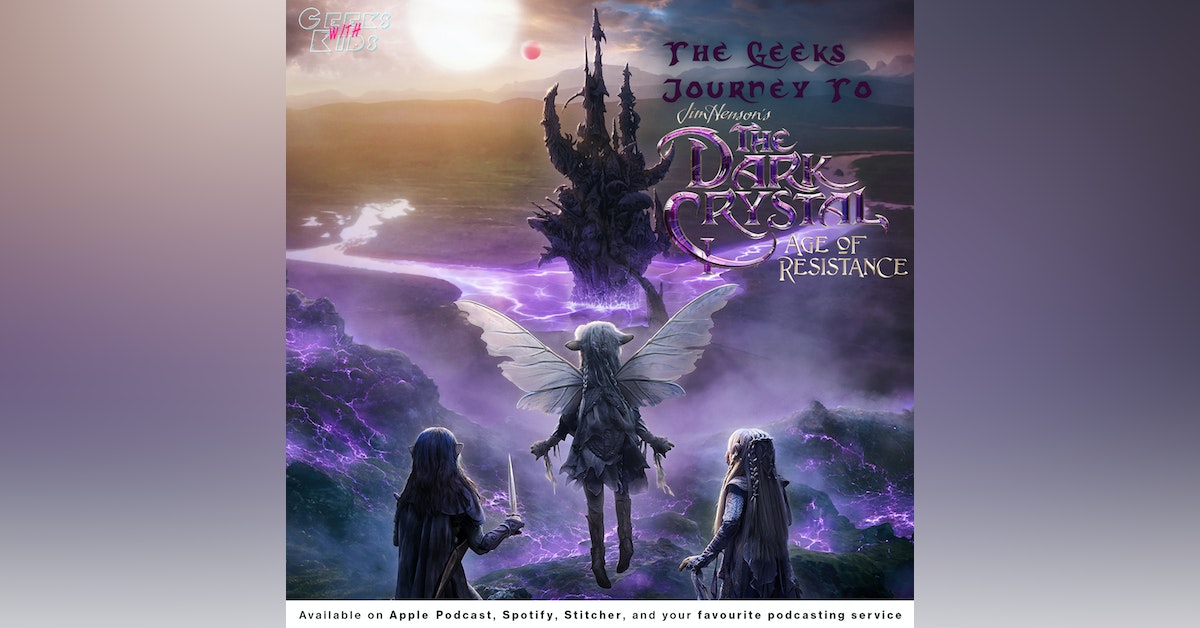 Another world, another time... in the age of wonder.

Join Erik, Steve, Matt, and Michael as they delve into the making and impact of both the original film and the new bingable series. What fond memories do they have of the original film? Does the new series expand the mythos? When would they show the film and series to their kids? And what exactly do Nintendo Wii controllers have to do with it?

The journey begins as darkness rises on Geeks with Kids.

What did you think of the Jim Henson's The Dark Crystal: Age of Resistance?  Gather your fellow Fizzgigs and let us know at podcast@geekswithkids.ca or www.geekswithkids.ca