122 - The Geeks do Stephen King with IT's Jake Sim 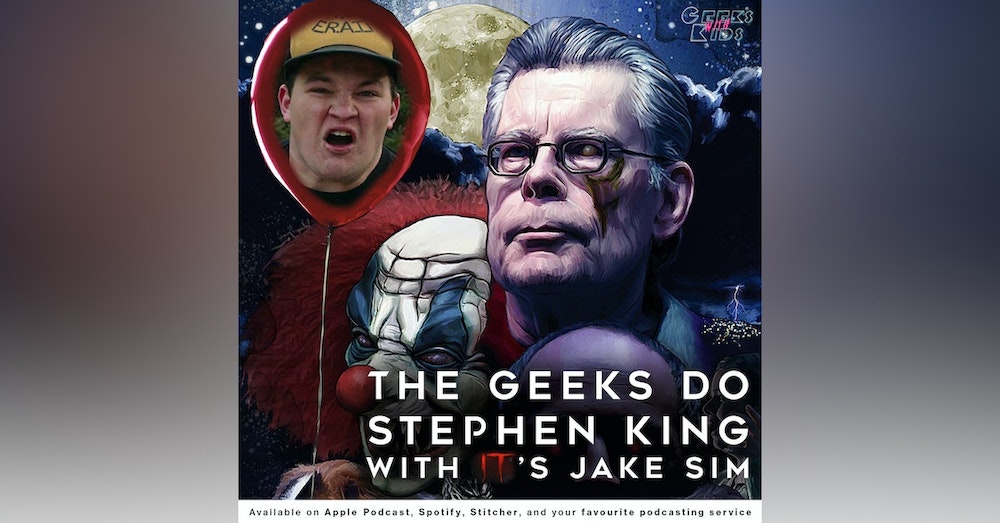 We all float here.

After his debut novel "Carrie" was released in 1974, Stephen King has gone on to create some of the greatest horror, supernatural, suspense, and fantasy novels. His book and works of short fiction have gone on to be adapted into many films, television series, and comic books - both great... and bad.

Join Erik, Steve, Matt, and Michael as they jump into the legacy of this great American author alongside IT's very own Belch Huggins, actor Jake Sim. Which adaptations are the best? What insight do we get into the making of Andy Muschietti's "IT?" And where exactly is that supercut?

Find out why the devil's voice is sweet to hear on Geeks with Kids.