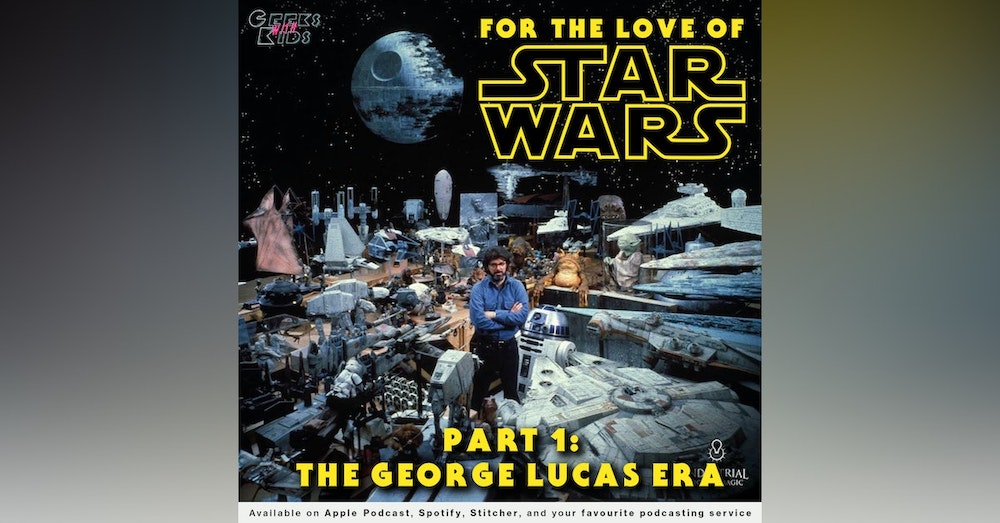 Join Erik, Matt, Hawk, Gus, and Steve on the 1st part of their "Star Wars" spectacular which focuses on the George Lucas era. What was their earliest memory of "Star Wars?" Who had the funniest Episode 1 story? What do they think of the prequel films after all of these years? And who mistakenly thought having a first date at a "Star Wars" screening was a good idea?

Find out who's strong with the Force on Geeks with Kids.