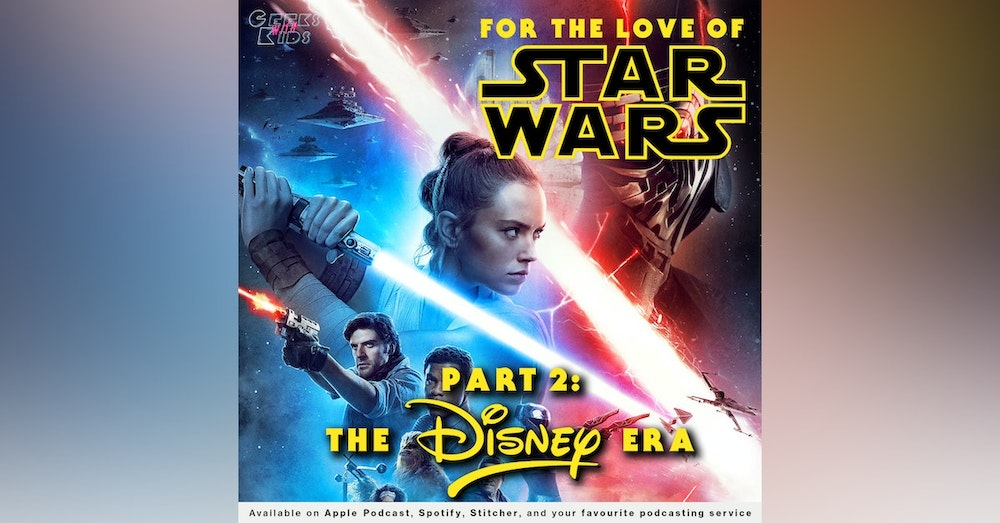 “I fear nothing. For all is as the Force wills it.”

In 2012, Disney bought George Lucas' Lucasfilm for $4 billion and ushered a new era of "Star Wars." They quickly announced a continuation of the episodic films,  supplemental films, and TV series, comics, books, and video games to complement them.

Join Erik, Matt, Hawk, Gus, Steve, and Schaus as they continue with part 2 of their "Star Wars" spectacular which focuses on the Disney years. How did they react when Disney bought Lucasfilm? What did they think of the "Star Wars Story" films? What do they hope "The Rise of Skywalker" achieves? And how do you introduce someone new to this massive franchise?

Find out who let the past die on Geeks with Kids.