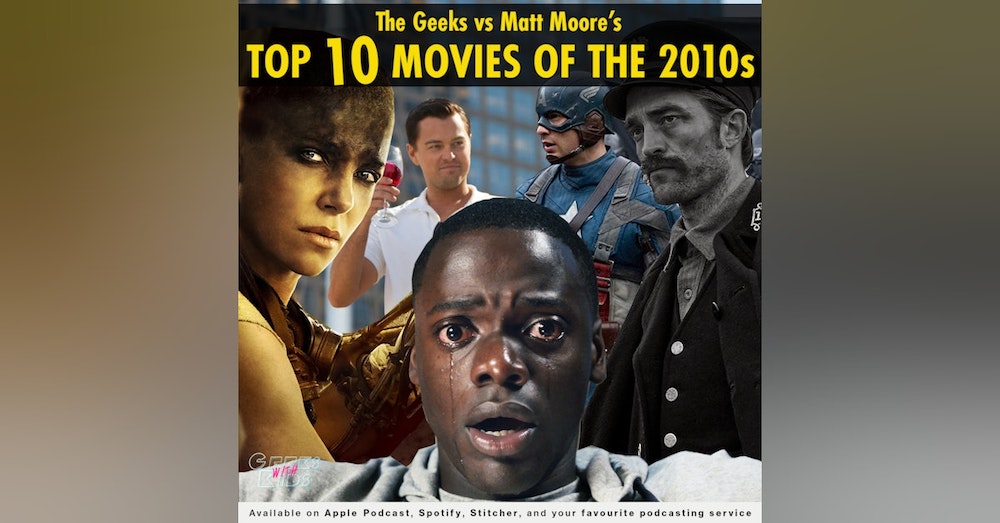 Happy New Year! With 2020 just starting, our illustrious Matt Moore has taken it upon himself to pick out the best films of the 2010s... and as geeks, we couldn't help but pick it apart.

Join Erik, Steve, Hawk, Gus, and Matt as they duke it out over the best films of the decade. Did Marvel rule the decade? What franchises brought about actors' renaissance? How many films of Leonardo DiCaprio's ended up on the list? And what films should have been on Matt's list?

Find out which films made the cut on Geeks with Kids.