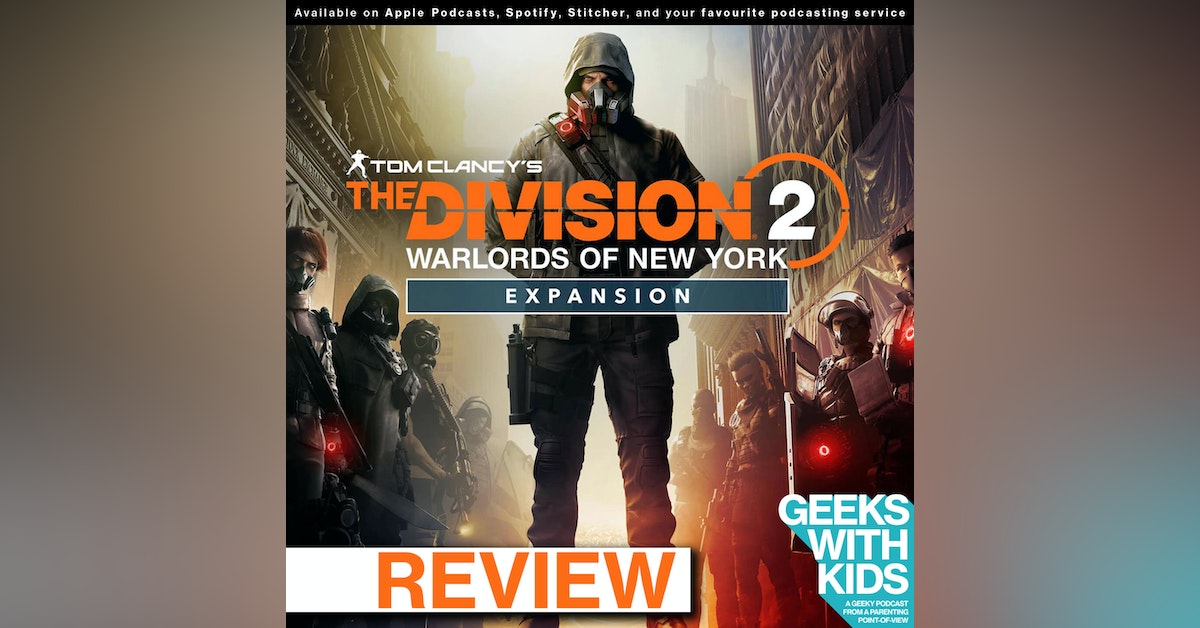 The Ubisoft and Massive Entertainment venture sees the action return from Washington D.C. to the streets of New York City. Rogue Division agent Aaron Keener, and his top four Rogue Agents, have brought the factions of New York City under his control and used them to conquer Lower Manhattan. The Division has a new mission: to stop Keener at any cost.

Join Erik and Hawk as they look at the biggest update to hit "The Division 2." What did they think of the return to New York? How were the new Rogue Agent bosses handled? And is this enough to keep their interest in "The Division?"

Find out on Geeks with Kids.